If one has been into research for a while one is used to Murphy's Law and begins to be suspicious as soon something is working quite perfectly.

In this series of SEM images I am using a "Micro Manipulator" installed within the SEM to remove an excessive Au layer from the sample. As you can see this layer is quite stable and allowing me to "open" the hole in the sample like I would  can in the kitchen. In the end I can even pick it up with the Micro Manipulator and move it away from the hole.

Some days I started working enthusiastic in the clean room environment in order to finish this sample. The task at hand this time was to spin onto the sample a layer of resist for optical lithography and all the steps belonging to the lithography.

Everything was working quite well as one would expect from tasks one has done thousands of times before, but ...

... the resist proofed more resilient to the NaOH solution than anytime before. Even after 10 minutes of soaking in the solution the resist has not become considerably thinner (Usually this task is finished after 30 seconds!).

I repeated these steps approx. 5 times. It took me about 3 hours... and then the sample was lost in the vast space of the flow box to be seen never again by human kind. 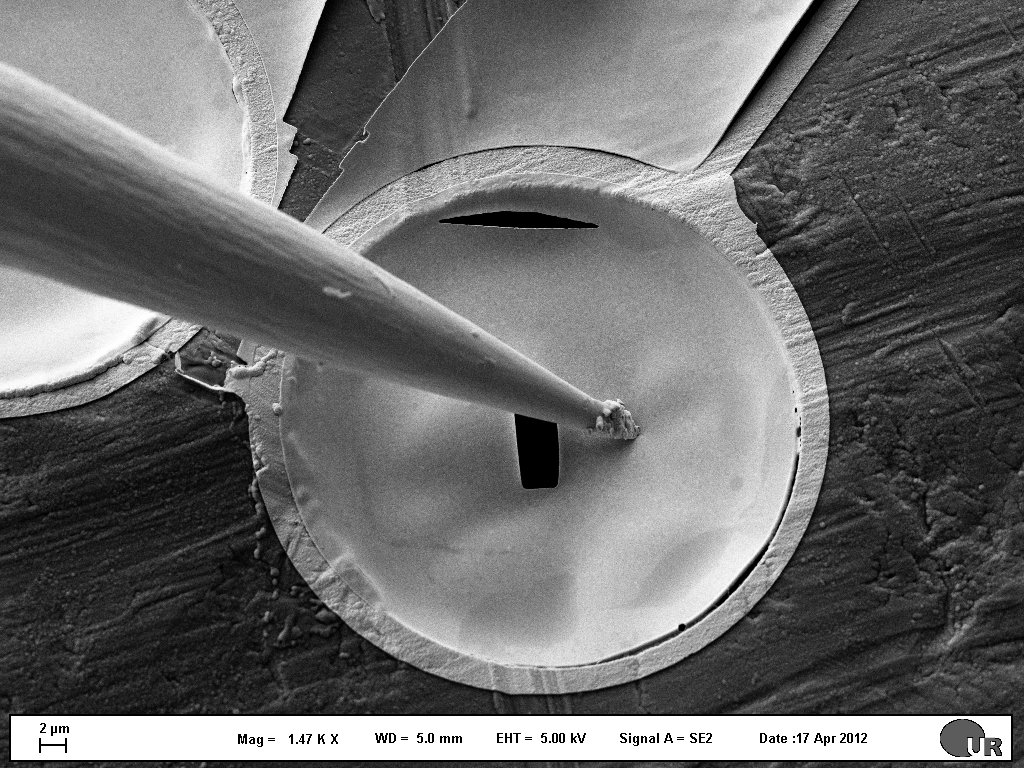 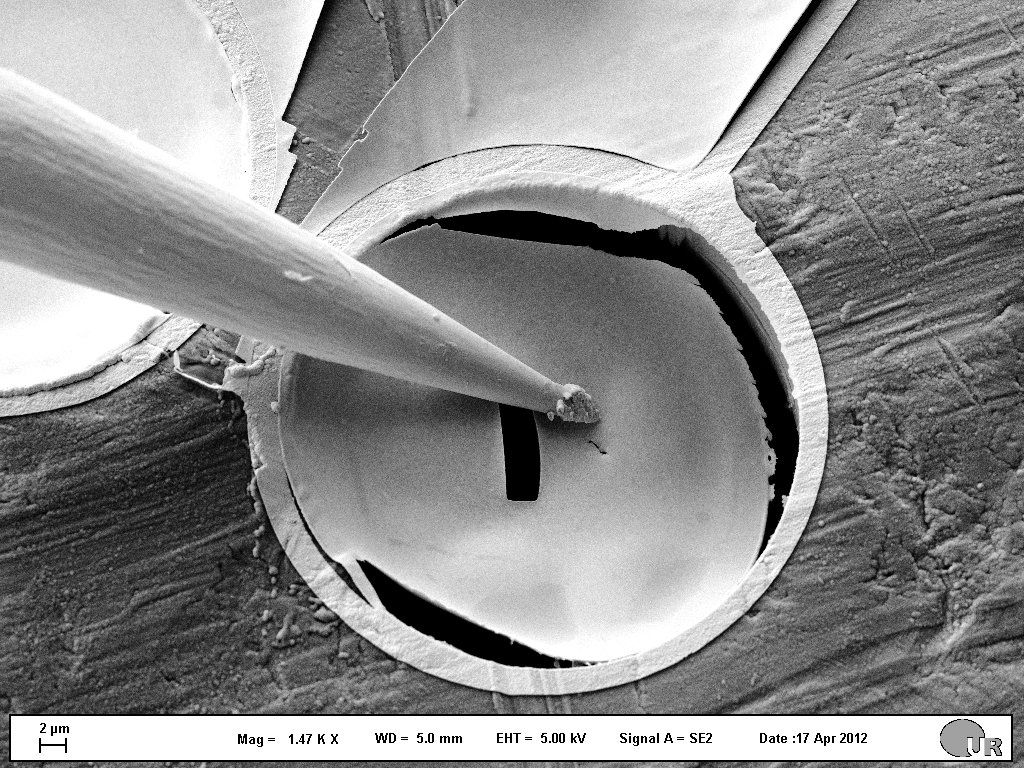 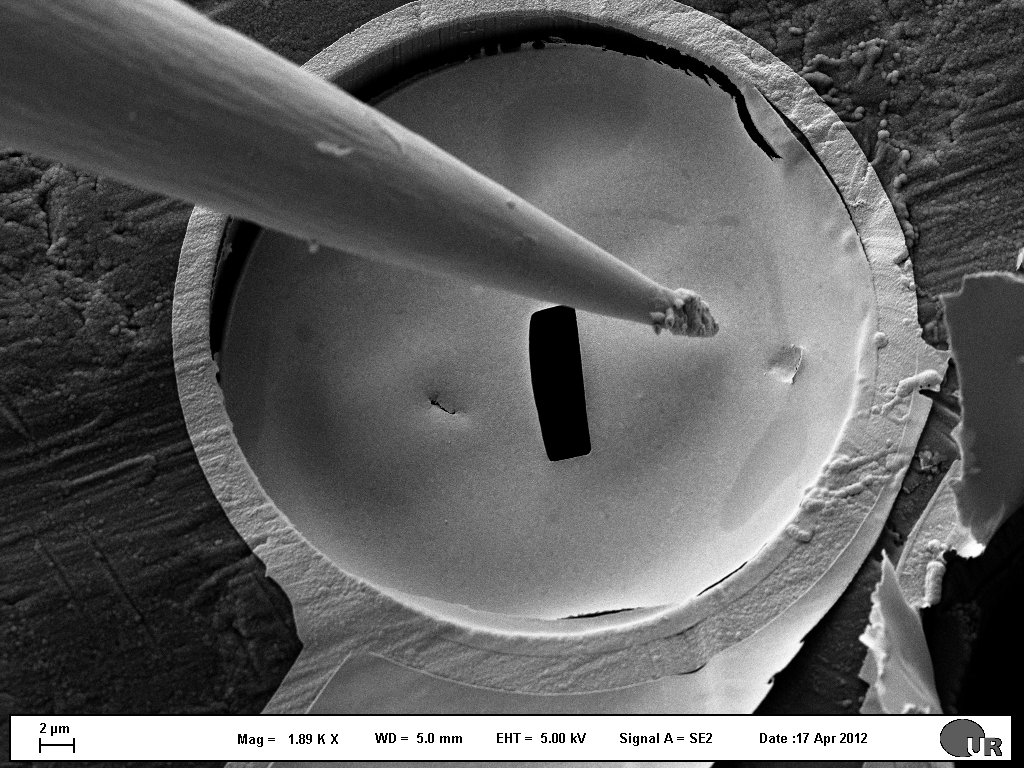 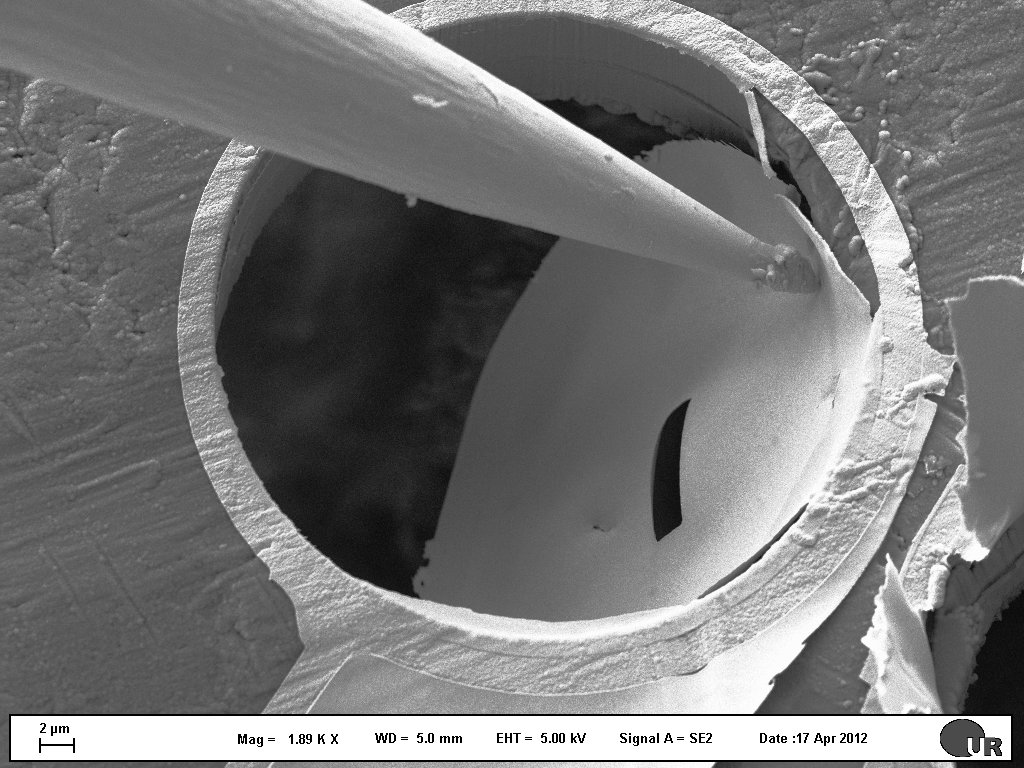 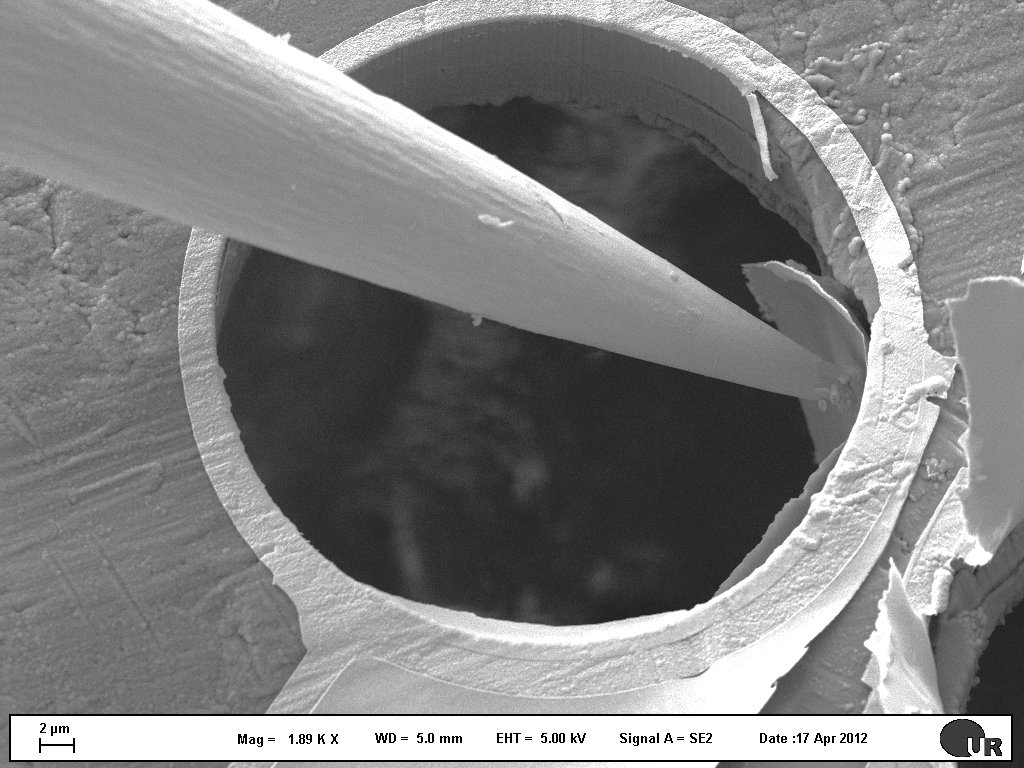 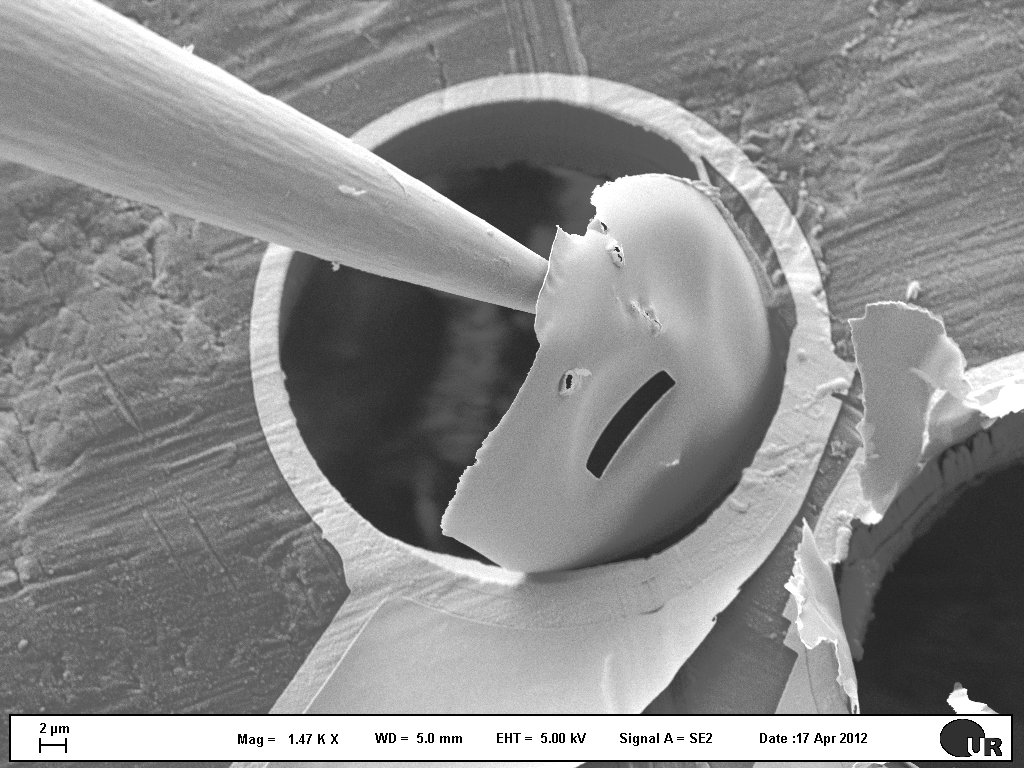 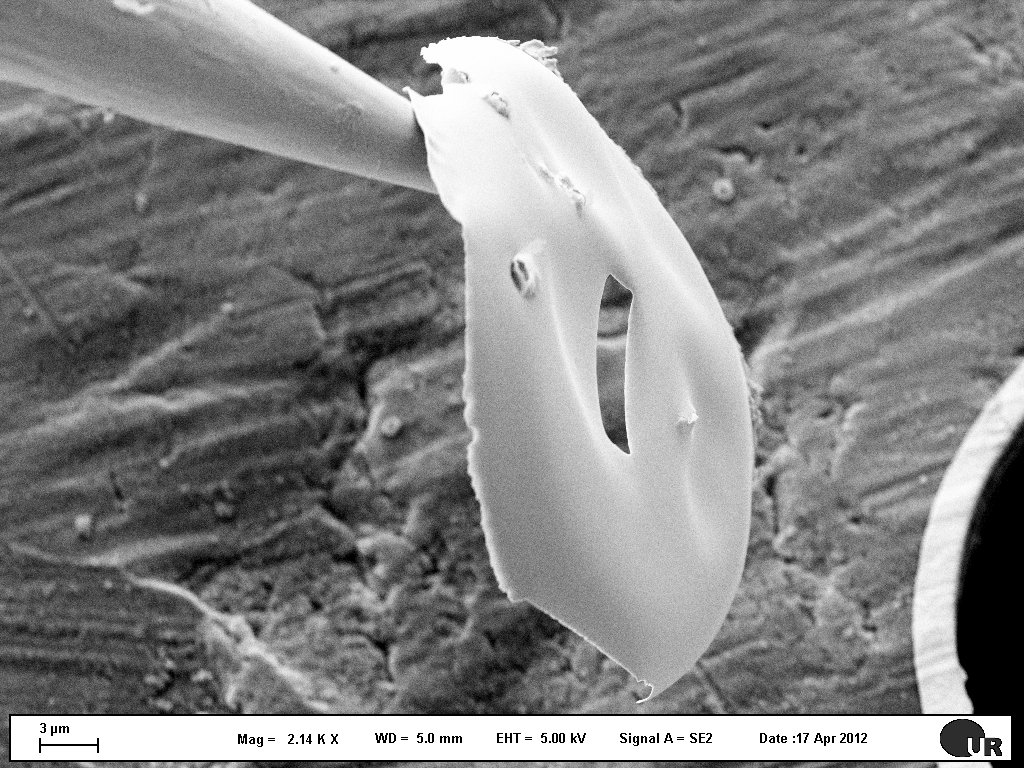